5×15 is back at EartH with a line up of story-tellers, activists and change-makers. As the political institutions fall into crisis, we’ll hear from from people charting a new path forward.

Nick Hornby on The State of the Union: A Marriage in Ten Parts

Nick is author of the internationally bestselling novels High Fidelity, About A Boy, How To Be Good, A Long Way Down and Juliet, Naked. Many of his books have been made into successful, and much-loved, films, including Fever Pitch starring Colin Firth, High Fidelity starring John Cusak and About a Boy with Hugh Grant. Nick has also scripted the adaptation of Lynn Barber’s memoir ‘An Education’ as well as Brooklyn by Colm Toibin. Nick is a huge pop music fan. His latest book State of the Union is the companion novella to his new TV series directed by Stephen Frears and starring Chris O’Dowd and Rosamund Pike.

Jack Harries grew up in a family of filmmakers and storytellers. At the age eighteen he built up a successful YouTube channel and production company gaining over four million subscribers worldwide. Jack has used this platform consistently to raise awareness of mental health, forced migration and environmental issues. Over the course of his work Jack has travelled to Greenland, Somaliland, Bhutan, Borneo and Kiribati to tell stories from the front lines of Climate Change. Jack has given multiple talks on Climate Change at events and conferences around the world, and interviewed some of the leading voices on the topic including broadcaster Sir David Attenborough. @JackHarries

John Crace is the Guardian’s legendary parliamentary sketch writer and the best-selling author ofI, Maybot.Decline and Failis an unremittingly hilarious skewering of three years of Maybot malfunctioning and Brexit bungling. And it appears that when things couldn’t get any worse, they absolutely have… But fear not – Decline and Fail is your personal survival guide to the ongoing political apocalypse. This entertaining collection of John’s political sketches will get you through the darkest of days. @JohnJCrace

Jude Kelly- Why women need to tell the stories of humanity

Jude Kelly is a creative director and activist. She was Artistic Director of the Southbank Centre from 2006-2018, where she created Festivals including: Being A Man, Unlimited, The Rest is Noise, Changing Britain, the Festival of Death, (B)old, as well as WOW- Women of the World. WOW is a global festival movement and has held 65 festivals in 5 continents over 30 locations in over 15 countries from Baltimore to Brazil, Cardiff to Karachi, and further across the UK, Australia and the USA, reaching over 2 million girls and women, and men and boys too. Jude has directed over 100 productions including at the Royal Shakespeare Company, English National Opera, National Theatre, and the Châtalet in Paris. 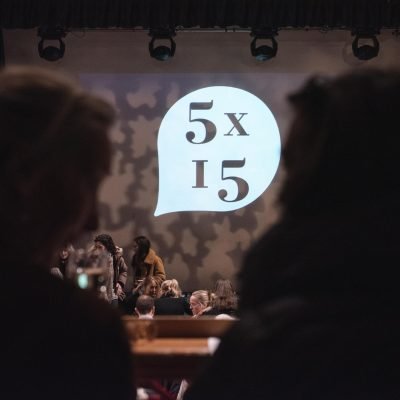 Other shows listed in Talks