Icons of the Dub scene and London legends, both with over two decades worth of touring history, will be heading down to EartH Hall this April. Asian Dub Foundation and Dub Pistols will be joining forces to bring you a unique night of jungle ragga rhythms and hitting basslines.

Asian Dub Foundation originally formed from a music workshop in East London at the institution which is their spiritual home, Community Music. ADF was one of the first bands to experiment with the now more commonplace live film re-score, beginning with their rapturously-received interpretation of the French classic La Haine back in 2001. In 2020 the band released their latest album Access Denied, which finds them as uncompromising as ever.

The Dub Pistols were born in 1996 when Barry Ashworth – who has also remixed tracks for the likes of Moby, Limp Bizkit and Filter – solidified his beat-heavy sound. They join ADF on a night that’s set to raise the roof.

This show has been moved from the Clapham Grand to EartH Hall in Hackney. The show date and times remain the same, and all tickets also remain valid. 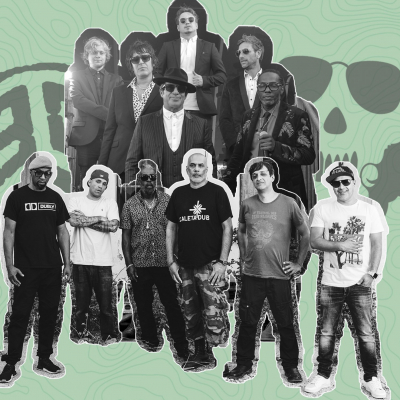