Deptford Northern Soul Club are childhood friends, Will Foot and Lewis Henderson, whose early love of soul developed after discovering Lewis’ Dad’s record collection. After finally bringing their musical heritage to the forefront with their debut DJ set at Deptford’s Bunker Club 6 years ago, they have since taken their credible and unique club night around the UK, performing at the likes of Glastonbury festival and Green Man, alongside a residency at Manchester’s YES, their beloved Bunker Club and London’s Moth Club.

Whether behind a turntable, dancing out front or in discussion, their sheer love and passion for soul is infectious, as is the spark of friendship and mutual musical appreciation between the two of them. 28-years-old but with old heads on their sharply dressed young shoulders, they have emerged as the new face of Northern Soul, bringing the movement back into the conversation of modern dance music. 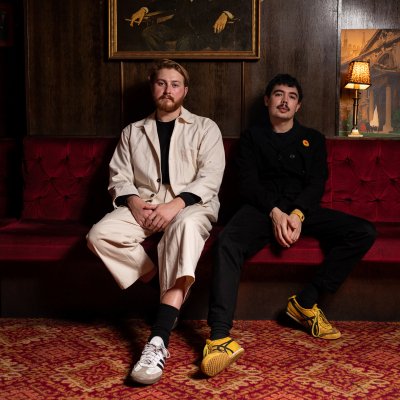