Award-winning vocal ensemble Fieri Consort will perform the world premiere of A Short Walk by Ben Rowarth with a newly commissioned film produced by Helvetica Films and directed by Sophia Carr-Gomm. Inspired by themes of isolation, mental health crises, and what it means to belong, this music-film collaboration follows the journey of an individual both physically, mentally and spiritually as they travel through the four chapters of music in search for home.

Specially written for the eight voices of Fieri Consort, the project takes the music as its starting point. The singers will perform this world premiere live, as the silent film is projected behind them. Winner of the NCEM Composers Award (2012) and Leeds International Film Festival Best Documentary Soundtrack (2013), Ben Rowarth has received numerous international commissions, radio plays and commercial recordings.

Over the past 10 years, we have explored music from different corners of the European renaissance, that golden age in which the best musical minds were not yet devoting time to the opera or symphony. We find that the Italian madrigal contains the seed for greater expression than most of its contemporary musical forms. The pioneering approach to harmony, word-painting and texture taken by those sixteenth-century composers has also proved an inspiration for our friend, the composer Ben Rowarth. His music extrapolates many of the techniques that were so original in the late sixteenth century and brings them into the twenty-first.

We often find ourselves being asked “what does Fieri mean?”. In the conversations that follow, theories can often be quite amusing, ranging from Italian adjectives ’fierce’ and ‘proud’ to the mispronunciation ‘fiery’! But we actually derived our name from the latin verb fio: and it means ‘to become’. The word is central to who we are as a group, and how we work with each other. 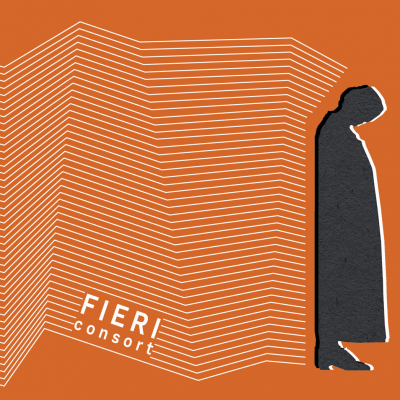