Due to the ongoing Pandemic, we’re sorry to announce that KOKOKO!’s London show in May is sadly now cancelled.
All tickets will be refunded at point of purchase. Unfortunately the full European tour that was planned is now unable to take place at this or a re-scheduled date.
We look forward to welcoming the band back to the UK as soon as possible in the future.

Signed with independent label Transgressive (Flume, SOPHIE, Let’s Eat Grandma), their distorted polyrhythms and spontaneous lo-fi sounds provide a chaotic soundtrack to their home country. When most people think of culture in the Democratic Republic of Congo, it’s The Rumble in The Jungle fight of Muhammad Ali vs George Foreman and the accompanying Soul Power concert with James Brown in the 70s, Mobutu in his abacost and leopard print hat, les sapeurs in their elegant tailoring, and the king of Congolese rumba Papa Wemba. A faded vintage postcard. KOKOKO! represent the antithesis of tradition, and their debut album Fongola – which translates to “the key” – is a torrid, anarchic, youthful journey smashing a new path through modern life in Africa’s third most populous city. 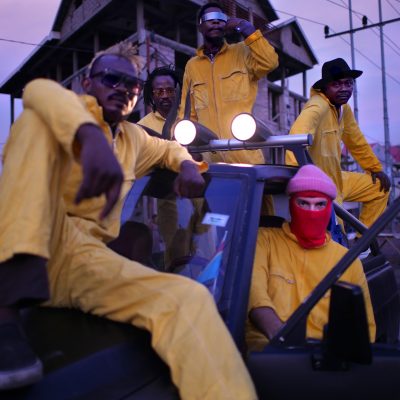