Meaning all things magick and supernatural, the root of the word occult is to be hidden, concealed, beyond the limits of our minds. If this is occult, then the occult architecture of Moon Duo’s fourth album – a psychedelic opus in two separate volumes released in 2017 – is an intricately woven hymn to the invisible structures found in the cycle of seasons and the journey of day into night, dark into light.

Offering a cosmic glimpse into the hidden patterning embedded in everything, Occult Architecture reflects the harmonious duality of these light and dark energies through the Chinese theory of Yin and Yang.

Written and recorded in their hometown of Portland, Oregon, the two-part epic reflects the hidden energies of rain clouds and sunshine and the deep creep of Northwest forests along with their effect on the psyche, inspired by the occult and esoteric literature of Mary Anne Atwood, Aleister Crowley, Colin Wilson, and Manly P. Hall.

On their performance live at Meltdown last year, Music OMH said of their performance: “it proves an immersive hour-and-a-bit spent in the company of three far-out musicians” and that “Moon Duo make the sort of music that once started you never want to finish.” They bring their mind-expanding live show to EartH’s theatre, suitably, just a few days before Halloween. 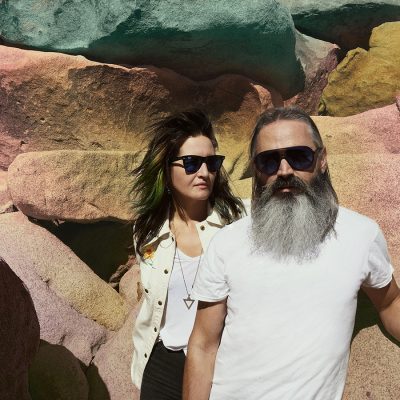 Other shows listed in Rock + Indie