The Brother Moves On are part of a powerful lineage of South African protest music. The internationally acclaimed outfit’s genesis as a DIY collective of visual and performance artists shines through in the creative way they draw from past, present and future, in their phenomenal live shows, and in masterful resistance music that heals and challenges in equal measure.

Saxophonist, composer and arranger Chelsea Carmichael is a warm and hypnotic player who brings subtle and considered improvisation to everything she does. As well as leading her own band, she plays with Neue Grafik Ensemble, Theon Cross and the Outlook Orchestra amongst others. Her debut album The River Doesn’t Like Strangers was the first release on Native Rebel Recordings in 2021.

CoN & KwAkE is a partnership of Confucius MC and Kwake Bass. Confucius has been embedded in the UK hip-hop scene since the early 2000’s, rising above the noise and cutting through the clichéd conversations, while Kwake is the musical director for Sampha, Kae Tempest, as well as collaborating with the likes of MF DOOM, Dean Blunt, Mica Levi, Tirzah, and his own band the Speakers Corner Quartet. Melding together hip-hop elements to spoken word aspects CoN&KwAkE utilise the flexibility offered by jazz with an intimate, experimental quality on their forthcoming debut album Eyes In The Tower. 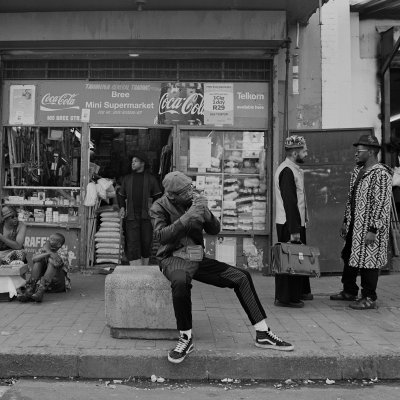