Puma Blue is the alias of singer/songwriter, producer and multi-instrumentalist Jacob Allen, based in London, UK.

Producing the music himself in his bedroom, Jacob has been recognised for his emotive falsetto yet gritty lo-fi sound – his soulful vocal occasionally gives way to hints of Jamie xx and occasional King Krule crackles. He has the typical taste of the current gen of up and coming musicians that grew up in the ‘90s and ‘00s; his RnB melodies juxtaposing rock influences – he’s got a super low key cover of Deftones ‘Teenager’ on his Soundcloud, for example, and other artists he’s cited range from D’Angelo, to Radiohead and John Frusciante.

He first gained a following from his 2014 SoundCloud demo ‘Only Trying 2 Tell U’ and slowly cultivated a cult following from live shows around London & on the internet. His debut EP ‘Swum Baby’ was independently released in June 2017, shortly followed by two stand-alone singles, a re-recorded cut of ‘Only Trying 2 Tell U‘ and live favourite ‘Moon Undah Water’. His second EP ‘Blood Loss’ was released in November 2018, a more ambitious, circular body of work consisting of 8 tracks that blend into each other.

The last year has seen his first shows, sold out, in Japan and South Korea, as well as his first US/Canadian tour. Live, he most often performs with his band, blending watery textures with soulful J Dilla influenced grooves and a vocal likened to Jeff Buckley and Chet Baker. Originally growing from the south-east London music scene, Jacob has frequently collaborated with friends and peers, including Lucy Lu, Biig Piig and Lava La Rue. He has honed his sound between intimate live shows and late-night producing sessions at home. 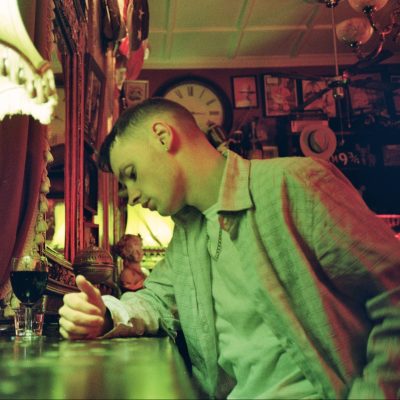