Roberto Fonseca is a Cuban pianist, vocalist, multi-instrumentalist, composer, producer and bandleader. Havana-born and based, he has released nine solo albums, collaborated across genres, been nominated for a Grammy Award and toured the world several times over. Along the way he has achieved the aim with which he began his professional career in the early 1990s: “Wherever people are, I want them to hear my music and say, ‘This is Roberto Fonseca’.” 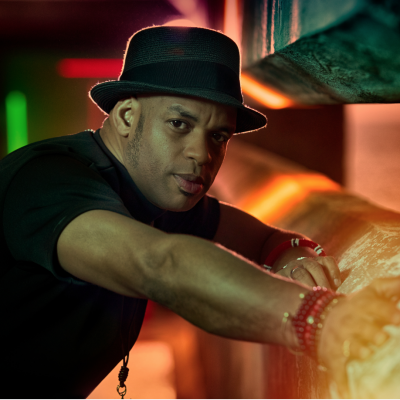