This event will now be performed at Sadler’s Wells Theatre on 12 & 13 April, not at EartH Theatre in Hackney on 10 & 11 March as planned. Ticket holders are being contacted.

“You will hear my four-stringed lyre, tuned in fifteen different ways.”

Belgian choreographer Anne Teresa de Keersmaeker launched her company Rosas in 1983, gaining international acclaim for her hyper-repetitive, hypnotic and minimalistic style. This was epitomised in Rosas Danst Rosas, a contemporary performance choreographed by Anne that premiered in Brussels in the same year, which became a benchmark in the history of post-modern dance.

This coming spring, in partnership with Sadler’s Wells and Dance Reflections by Van Cleef & Arpels, De Keersmaeker continues her choreographic trajectory with the fifteen Mystery or Rosary Sonatas, Heinrich Ignaz Franz Biber’s best-known music. Attracted by the clarity of Biber’s structure and his numerical approach, De Keersmaeker examines the mystical and geometrical richness of this music and makes the sonatas her own in a choreography for six dancers. For this creation, long-time collaborator violinist Amandine Beyer will join De Keersmaeker, alongside her Gli Incogniti ensemble 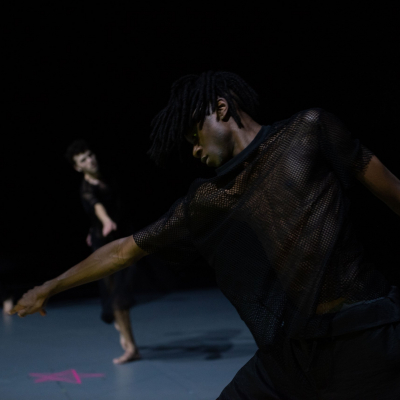