“There aren’t cults in indie rock anymore. […] Deep, obsessive followings around smaller artists don’t exist like they used to. An exception to this rule is Alex Giannascoli.” – CONSEQUENCE OF SOUND

Before signing with Domino in 2015, (Sandy) Alex G had already earned cult status over the course of six self-recorded and largely self-released LPs. Revered by fans and peers alike, those early records were passed around like secret missives between a growing base of enthusiasts. (Sandy) Alex G’s following continued to expand with the release of 2015’s Beach Music, and with the critical acclaim accompanying the release of 2017’s Rocket, “America’s greatest living songwriter” (FADER) was a secret no more.

“Let’s state a fact: Alex Giannascoli is one of this generation’s best artists.” – VICE

(Sandy) Alex G, a.k.a. the singer, songwriter, and musician Alex Giannascoli, plays our hall after the release of his new album House of Sugar – the album is the Philadelphian’s ninth overall and third for Domino.

House of Sugar emerges as Giannascoli’s most meticulous, cohesive album yet: a statement of artistic purpose, showing off his ear for both persistent earworms and shifting textures, and the out-there sonic adventurism that’s made previous (Sandy) Alex G records so singular. 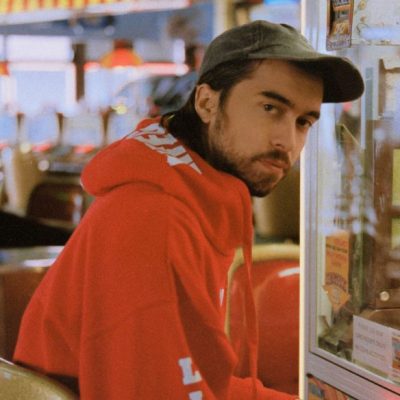