Lloyd, a post-punk flaneur, sometime postman, and snug room raconteur, maintains a lifestyle outside the system via a succession of hustles, involving an encyclopaedic knowledge of horse racing and pre-punk musical weirdness. https://kingrockerfilm.com

16+. Each under 18 must be accompanied by a responsible adult (1:1 ratio). In order to verify your age, ID may be requested. For this reason, we advise that all customers bring valid ID. For further information see Age and ID in FAQ’s. Right of admission reserved. 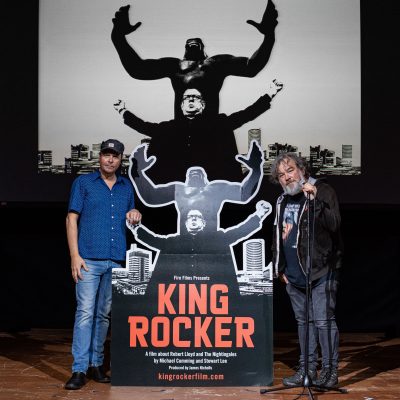