Sun Ra Arkestra – Under The Direction of Marshall Allen

Due to overwhelming demand, a third date has been added for Sun Ra’s Arkestra at EartH…

Sun Ra was a big-band innovator, a pioneer of recording and playing with electronics, a poet, a cosmic philosopher and bandleader who claimed to be from Saturn. Le Sony’r Ra would now be 107 if he were still alive, but his inimitable spirit lives on, and so does his long-running band, now directed by saxophonist Marshall Allen.

With a massive, joyous songbook, the Arkestra play with the kind of well-organised chaos that sees their legendary three hour sets move deftly between rolling grooves, sing-along chants and atonal blasts of mischievous brass. 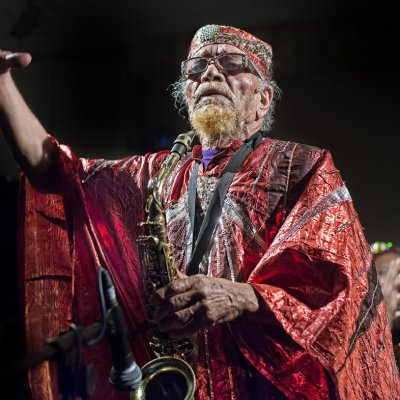