This show has been moved to the Barbican Centre on 7 February 2021. Tickets for the EartH performance remain valid.

Suzanne Vega will celebrate the April release of An Evening of New York Songs and Stories (Cooking Vinyl) with a run of European dates including a special intimate performance here at our art deco theatre.

In anticipation of the tour, Vega exclaimed, “I am excited to share these songs about my hometown, the city I love, joined by the band with which I recorded An Evening of New York Songs and Stories.”

On An Evening of New York Songs and stories, Vega revisits some of her most New York-centric repertoire in a stunning live recording on which she is backed by longtime guitarist, Gerry Leonard, bassist Jeff Allen and keyboardist Jamie Edwards. Recorded at New York City’s famed Café Carlyle in early 2019, the album includes both familiar songs like ‘Luka’ and ‘Tom’s Diner’ and deep cuts from her catalogue like ‘Frank and Ava’ and ‘Ludlow Street.’ The mix of repertoire also features ‘New York Is My Destination’ from Lover, Beloved: Songs from an Evening with Carson McCullers, Vega’s one woman play about the Southern gothic novelist Carson McCullers, and a cover of her late friend Lou Reed’s ‘Walk on the Wild Side.’

Widely regarded as one of the foremost songwriters of her generation, Suzanne Vega emerged as a leading figure of the folk-music revival of the early 1980s. Since the release of her self-titled, critically acclaimed 1985 debut album, she has written and recorded numerous songs that have become part of the contemporary music vernacular, including ‘Luka’, certainly the only hit song ever written from the perspective of an abused boy, ‘Marlene on the Wall’, a surprise hit in the UK and ‘Tom’s Diner’, a strange little a cappella piece that was remixed by UK electronic dance duo “DNA” and became a major club hit. Her albums, including her self-titled debut, the follow up, Solitude Standing and 99.9F have sold millions of copies.

Bearing the stamp of a masterful storyteller who “observes the world with a clinically poetic eye,” Suzanne’s songs have always tended to focus on city life, ordinary people and real world subjects. Notably succinct and understated, Suzanne Vega’s work is immediately recognizable, as utterly distinct and thoughtful as it was when her voice was first heard on the radio over 30 years ago. 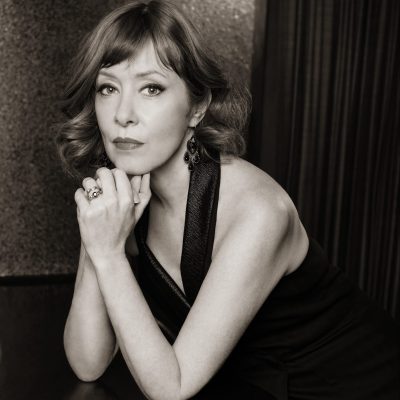