The Magic Gang bring a fresh dose of harmonies, alt rock and pop to the fore with new album Death Of The Party.

Jack Kaye, Angus Taylor, Kristian Smith and Paeris Giles met in Brighton and formed the band in 2013, their first releases drawing inspiration from The Beach Boys and The Beatles and the fuzzy, melodic indie of Weezer and Teenage Fanclub.

The quartet’s follow-up album, Death Of The Party, comes out on 21 August 2020. Lyrically inspired by Lou Reed, Alex Turner and Jonathan Richman, it was recorded in Atlanta with Grammy Award-winning producer Ben H. Allen (Gnarls Barkley, Animal Collective). Containing the singles Take Back The Track, Make Time For Change and Think, this collection of songs evolves their sound while exploring anxieties about relationships, money and the future.

The quartet join us at EartH Hall at the end of October.

With support from Katy J Pearson. 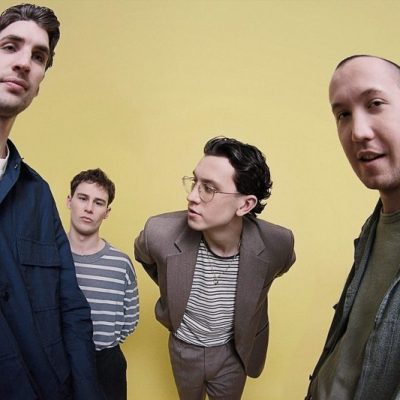