Phil Elverum, who releases music variously as The Microphones and Mount Eerie, returns to EartH under his former moniker, having headlined previously as the latter back in 2019.

Last year, Elverum released Microphones In 2020, which was named Best New Music by Pitchfork, who called the work “a 45-minute song about art-making, self-mythologizing, and the endless search for meaning”.

In The Microphones’ words:

“We, the band called The Microphones, are planning to play a few shows in Europe in November 2021. This will be the first tour by The Microphones in 18 years, but as listeners to our last record (Microphones In 2020) will have hopefully heard, that distinction doesn’t mean much. This has always been a project steering toward present-moment raw wound engagement, disappointing the nostalgics, splashing into the unfamiliar. It’s not a reunion (nothing to reunite) and it’s not commemorative. It’s a living thing. We’re playing our one long song, F#m and D for a super long time, and inviting everyone to come get thumped by it. Who knows what else will happen?”

With support from caroline. 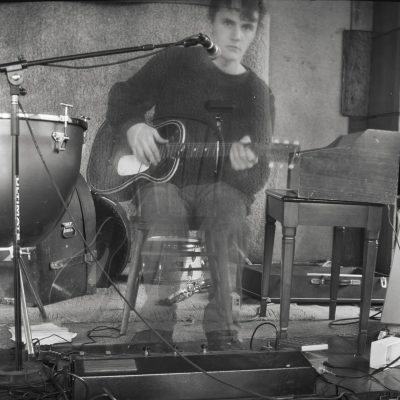