In 1979, The Raincoats helped shape the timeless notion that punk is what you make it to be — an act of raw expression, not any one sound. Their anarchy was poetic.

The group’s debut album ‘The Raincoats’, which Kurt Cobain called “wonderfully classic scripture”, was released 40 years ago by Rough Trade Records at its radical beginnings, setting a crucial precedent for feminist work within a DIY context.

November 2019 marks the 40th Anniversary of the release of The Raincoats’ self-titled debut album and the band plan to celebrate with a series of live performances in the UK , including a London headline show in EartH’s art deco theatre.

They will release a limited edition of 300 albums in 180 gram clear vinyl on 1 November 2019, which will be available for pre-order from 1 October 2019 from: www.theraincoats.net 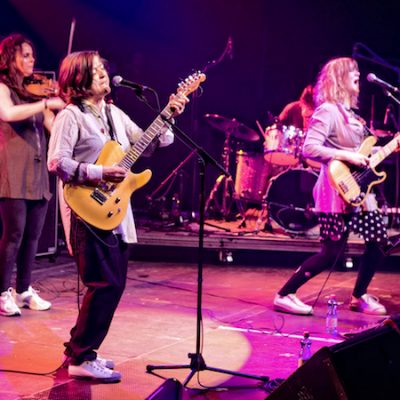