This event is the first of a series of events produced in partnership with gal-dem, an award-winning media platform that spotlights the creative work of women of colour and non-binary people of colour.

You are young and ambitious. You have a vision. But how do you pursue your dream role when no one at the top of your industry looks like you?

Women of colour have to navigate a world of work where they are often discriminated against because of their race as well as their gender. Prejudice in recruitment, opportunities for promotion, pay gaps, microaggressions – the list goes on. Moments that seemed like major turning points can fizzle out: Diane Abbott made history when she became the first black woman elected to Parliament in 1987 but it wasn’t until 2010 that Britain elected its first female Asian MPs. Halle Berry became the first black woman to win an Oscar for Best Actress in 2001 but since then we’ve seen 18 white actresses in a row pick up the award. Gender diversity in FTSE 100 companies is improving but today, out of the six female CEOs, not one is a woman of colour.

Still, it’s not all bad news. Despite the challenges, women of colour are increasingly making their way to the top and carving out a new ‘normal’ for younger generations. To celebrate their success and share how they got there, Intelligence Squared and gal-dem are partnering to bring together pioneers from the worlds of media, politics and culture.

Join us for an evening of discussion, inspiration and celebration. 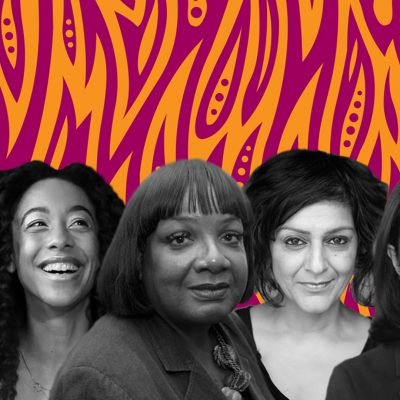