!!! is an American dance-punk band from Sacramento, California, formed in 1996 by lead singer Nic Offer. Members of !!! came from other local bands such as the Yah Mos, Black Liquorice and Pope Smashers. They are currently based in New York City. The band’s eighth album, Wallop, was released in August 2019. 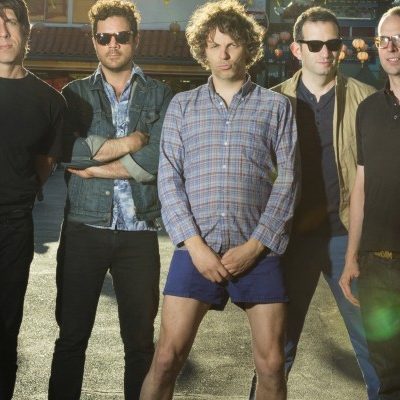