Martin Price was the owner of a record shop, Eastern Bloc, and was also the founder of the independent record label, Creed. Customers Graham Massey and Gerald Simpson joined with Price to form a hip hop group called Hit Squad Manchester. Soon after, the band shifted to an acid house sound, recording the debut Newbuild in 1988, while using the name 808 State for the first time.

Newbuild was released on Price’s own record label. In an interview with Mojo magazine in 2005, Graham Massey explained that the album was recorded over the course of a winter weekend in January 1988 at Spirit Studios, Manchester. The album was named after a Bolton housing co-operative. The record was re-released in 2005 on Aphex Twin’s Rephlex Records. Aphex Twin was a huge fan of the record and has said of it, “It was the next step after Chicago acid, and as much as I loved that, I could relate much better to 808 State. It seemed colder and more human at the same time.”

Around the same time, the band also recorded an acid house version of New Order’s Blue Monday. A favourite at The Haçienda’s Hot Night, the recording was believed lost until Autechre’s Sean Booth asked Massey to dig through his archive of old material. The record was released in 2004 by Rephlex Records. “We didn’t put a lot of thought into it but maybe that’s its charm,” said Massey at the time.

The band’s song Pacific State was released as a single, peaking at number 10 in the UK Singles Chart.Simpson left the group in 1989 to form his own solo project, A Guy Called Gerald.

Some of the band’s work, particularly in the albums Ex:el and Gorgeous show their new wave influences by sampling or featuring new wave icons such as Bernard Sumner on the song Spanish Heart and Ian McCulloch on Moses. The song Contrique samples the bassline to Joy Division’s She’s Lost Control and 10 X 10 is a gospel-house track built on the foundation of Start! by The Jam.

Their new album Transmission Suite – their first in nearly two decades – is out now. 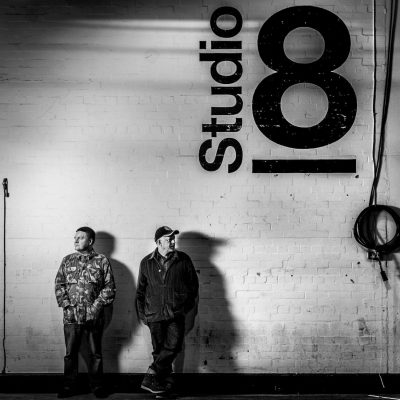