Aba used to deejay on Jah Tubby’s sound system; at that time he was known as ‘Jasmine Joe’, their slightly extrovert mic man.

When Aba embraced the Rastafarian faith he adopted a new and more positive attitude and, with his rediscovered faith, a new name: Aba Shanti-i. His new name in turn became the name of his soundsystem.

Over the last 10 years Aba has been playing his sound, and the music created by his brother Blood Shanti on that sound, in small and large halls throughout this country and in the process has developed a following covering the widest spectrum of Jah’s humanity.

People come to an Aba Shanti-i session to discard their worries, to lose themselves in the music – and by doing so cast off the mental shackles.

The vibe that Aba generates has brought him to the attention of the media and in the last three years Aba Shanti-I has been the subject of three television programmes: the German ‘Deep in Dub’, the French ‘Aba at Carnival’ and Big Issue’s ‘Urban Rites’. This has resulted in a number of European dates to audiences bigger than Aba has ever played to before.

But in the UK, Aba Shanti-i is most loved for his annual sound systems at Notting Hill Carnival where he has been resident since 1993. His notoriety has led him to be dubbed No. 1 DJ in the World by DJ Magazine in the same year. 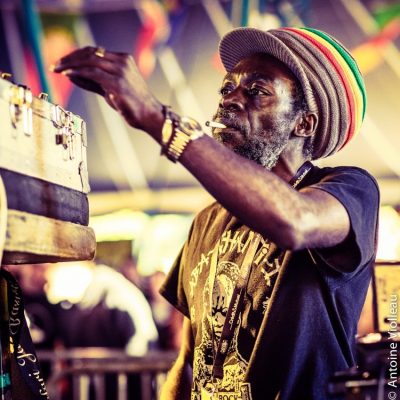