A Minneapolis native, Lenker learned her first few guitar chords from her father at a young age and began writing songs at ten. After her parents divorced when she was 12, she dedicated herself to music, an endeavor encouraged by her father throughout her teens. She released her first solo material as a teen in 2006. Frustrated with subsequent recording sessions in Nashville, cash-strapped, and with no high school diploma, she applied for a summer program at the Berklee College of Music in Boston with help from her dad. That led to a scholarship to attend full-time. Lenker graduated in 2012 and relocated to Brooklyn.

Soon after arriving in New York, Lenker ran into fellow Berklee alum Buck Meek, whom she remembered from a brief interaction in Boston, where they had shared the same bill at a show. Fast friends and musical kindred spirits, they released two EPs as a duo — ‘A-Sides‘ and ‘B-Sides‘.

Before forming Big Thief with bass player Max Oleartchik and drummer James Krivchenia. In the meantime, Lenker signed with Saddle Creek, which released her solo album ‘Hours Were the Birds‘ that same year. In 2016, Big Thief released their debut album, ‘Masterpiece‘, a year that also saw them make appearances at the South by Southwest Festival and in support slots on tours with Eleanor Friedberger, Yuck, Frankie Cosmos, and M. Ward. They made their national TV debut with a performance on Late Night with Seth Meyers in March of 2017. Big Thief’s second album, ‘Capacity‘, arrived that June and reached the Top 20 of the Billboard Heatseekers, independent, Americana/folk, and vinyl charts.

After touring in support of Capacity, including a headlining run and dates with Conor Oberst, Meek released a self-titled solo album. A solo Lenker followed up with the intimate Abysskiss on Saddle Creek later in 2018. It was produced by Luke Temple, who also performed on the album. Back with Big Thief, a third straight album with producer Andrew Sarlo (Nick Hakim, Hand Habits), the atmospheric U.F.O.F., marked the band’s debut for 4AD in May 2019. Punchier counterpart Two Hands followed that October, and both albums cracked the Billboard 200, with Two Hands peaking at 113. The group spent much of the rest of the year touring North American and Europe, including stops at Norway’s Oya Festival and the U.K.’s Green Man Festival.

With touring cut short in March 2020 due to the COVID-19 pandemic, Lenker returned to New York, then learned of a cabin for rent near some friends in the mountains of Western Massachusetts. Taken with the sound of the acoustics in the empty cabin, she invited engineer Philip Weinrobe to join her in the remote locale to record an acoustic album. Written mostly on-site, the resulting, double-length songs and instrumentals consisted of 11 minimally arranged songs and a collection of guitar and windchime improvisations. The set was released in October 2020 on 4AD. 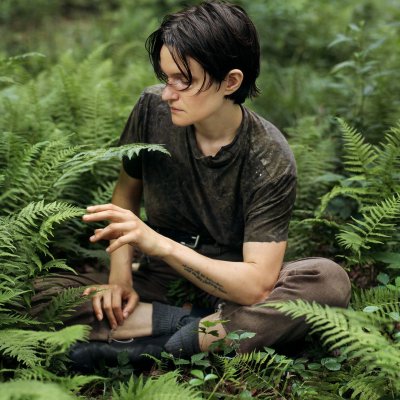