Violinist Amandine Beyer has a variety of musical interests but is best known as a specialist in the Baroque violin, with a repertory stretching from the early Baroque to the Classical period. She has collaborated with numerous top historical performance groups, founded the chamber orchestra Gli Incogniti and is co-founder of the Kitgut Quartet.

Beyer was born in 1974 in Aix-en-Provence, France. She began taking lessons at age four on both the violin and recorder. In 1990, she entered the Paris Conservatory as a violin student, studying with Sylvie Gazeau, graduating in 1994 with a first prize in violin. Her move toward the Baroque violin came when she was admitted to the Schola Cantorum in Basel, Switzerland, studying with Baroque performance pioneer Chiara Banchini. She also enrolled in the school’s musicology program, writing a thesis on Karlheinz Stockhausen. After completing the program in Basel in 1999, Beyer found herself in demand from some of Europe’s top early music groups, including Jordi Savali’s, La Capella Reial De Catalunya as well as Banchini’s Ensemble 415.

Beyer has also worked with other major figures such as harpsichordist/conductor Pierre Hanati, cornettist Jean Tubéry with his group La Fenice and fortepianist Edna Stern. A win at the 2001 Baroque Violin Competition in Turin, Italy, helped attract attention to Beyer as a soloist, and five years later, she launched her chamber orchestra Gli Incogniti, which has developed into a group that is anything but unknown. Beyer is a frequent guest at European summer festivals. As her career has developed, she has taken on new challenges, co-founding the historically oriented Kitgut Quartet in 2015 (playing on gut strings) and performing the Partita No. 2 for solo violin, BWV 1004, as part of the modern Belgian ballet Partita 2.

Beyer has had a varied recording career, beginning in 2004 as part of a group that recorded a group of Handel ensemble sonatas for the Zig Zag Territoires label. She has also recorded for Mirare, Harmonia Mundi, Glossa and other labels, winning special acclaim in 2012 for her recording of Bach’s Sonatas and Partitas for solo violin. In 2020, she moved to Fra Bernardo the label as part of a group of musicians on the English Renaissance/Baroque album London Calling. Beyer succeeded Banchini as Baroque violin teacher at the Basel Schola Cantorum and has also taught at the Superior School of Music and Performing Arts in Porto, Portugal. She is in demand for master classes in many countries. 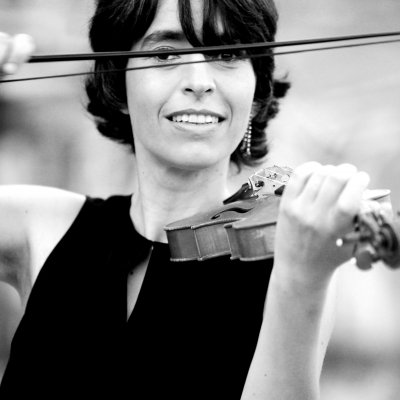