Known for her unique mix of everyday observations and off-beat tangents, Yorkshire-born Amy is a multi-award winning comedian, actor and writer brimming with natural warmth and charm.

Her authentic, comic voice won her the prestigious BBC Caroline Aherne Bursary 2019 which has led her to develop her own sitcom. She is one half of comedy duo ‘The Delightful Sausage’ which was nominated for Edinburgh Festival Best Show in 2019.  In 2020 they won a Chortle Award for Best Sketch, Character or Improv act.  ‘The Delightful Sausage’ have appeared on Harry Hill’s Clubnite for C4 and have also popped up on Sky & More 4, as well as creating online content for BBC3 and C4. They enjoyed a two week run at the Soho Theatre with their critically lauded show, ‘Ginster’s Paradise’ described as “Funny and hilariously sinister” by The Times.  In 2021 they took their act to Radio 2 with ‘The Delightful Sausage on: Staycations’.

In 2021 she appeared in hit new BBC Two comedy ‘Alma’s Not Normal’ which won the BAFTA for ‘Best Pilot’ in 2020 and has been made into a 6-part series, written by and starring Sophie Willan.  Also in 2021 she starred in ‘Flaps’ an all-female sketch show for Comedy Central, featuring some of the UK’s hottest up & coming comedy stars.

Other TV appearances include starring in and writing for CBBC sketch show ‘Big Fat Like’, BBC One drama series ‘Life’, as well as various roles and writing credits for ‘The Emily Atack Show’.  She has written for CBBC’s BAFTA award-winning series ‘Class Dismissed’ as well as being invited into various writers rooms for exciting new projects spanning many channels. She also had a leading role in Radio 4’s ‘Phil Ellis is Trying’.

As a stand up, Amy has won multiple national competitions with her unique blend of confessional stories, intelligent observations and ridiculous, off-beat daftness. 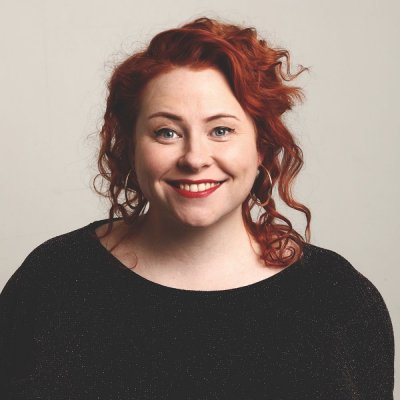