Andreya Triana is an experimental, self taught singer songwriter and MOBO nominated artist hailing from South London. Drawing inspiration from her rich multicultural background, Triana’s sound was grown from a foundation of soul, jazz and pop influences, with a voice that packs a smoky, husky powerhouse punch of female empowerment, individuality and self love. Andreya began singing at the tender age of 7, taking influence from the sights and sounds of inner-city London. Her early love and passion for music would see her locked in her bedroom for hours on end writing poetry, making homemade mix tapes and recording tracks – utilizing two battered cassette decks to record harmonies.

Her early love of improvisation would warp and change over the years, hugely influencing her ‘Freeflow Sessions’ – a hypnotic one woman show using a sampler to loop vocals, percussive sounds and beats live. To date she has taken her Freeflo Sessions worldwide, dazzling audiences far and wide with her cutting edge and soulful performances. 2006 saw her selected from thousands to take part in the Red Bull Music Academy in Australia, where she further developed her style for improvisation and secured links with some of the best producers and musicians on the music scene. Multiple collaborations ensued daily at the Academy, including ‘Tea Leaf Dancers’ a collaboration with now-legendary electronic musician and producer Flying Lotus (released on Warp Records). The track was hailed as a classic, getting rave reviews from Benji B and Gilles Peterson while getting airplay on Annie Mac’s Radio One show. It was this song that also caught the attention of Ninja Tune stalwart Bonobo.In 2009 Triana’s career took another upturn when she toured the U.S and Canada with the Bonobo live band, played the BBC Introducing stage at Glastonbury, and secured a three-album deal with Ninja Tune.

With three solo studio albums‘Lost Where I Belong’, ‘Giants’ and ‘Life in colour’ under her belt. She has a catalogue of collaborations, having worked with artists such as Wilkinson, Bondax, Bonobo, and many more. In 2013 she found chart success, featuring on Breach’s Top 10 single ‘Everything you never had’ which reached no.7 on the Official Singles Chart. Andreya’s music has made appearances on television shows such as ‘Greys Anatomy, The Good Wife, Being Mary Jane’ and ‘Self Made’ as well as being featured for the ‘Live XXL #GENERATIONCOLOUR’ campaign, and a spot on the ‘EA Sports FIFA 19’ soundtrack.

In early 2020 Andreya went on to become a fully independent artist, now managing all facets of her career, Andreya’s talents have branched out into music production, DJ-ing and the release of music through her own record label.Rapidly approaching the peak of her powers, great things can be expected from Andreya Triana in the months and years to come. 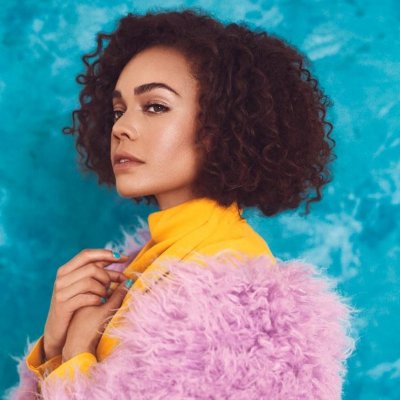