Born in 1960, Anne Teresa De Keersmaeker studied dance, first at the Mudra School in Brussels, then at the Tisch School of the Arts in New York. In 1980, she made her mark with her first choreographic composition Fase, Four Movements to the Music of Steve Reich. In 1983, in Brussels, she founded her own dance company, Rosas, whose first major work, Rosas danst Rosas, fused the gestures of daily life with formal abstract movement and revealed an innovatory choreographic style.

In 1992, Rosas was chosen as the company in residence at the Théâtre de la Monnaie in Brussels by its new director Bernard Foccroulle. This was the start of a rich artistic and intellectual collaboration and in 1995, Anne Teresa de Keersmaeker founded P.A.R.T.S., a school of contemporary dance that has become the leading European training center for choreographs and dancers and one of the most avant-garde in the world of dance.

Until 2007, Anne Teresa de Keersmaeker was to develop a vast corpus of productions at La Monnaie, confronting dance with musical scores from every period. Works like Drumming (1998) and Rain (2001), performed in collaboration with the contemporary music ensemble Ictus, and featuring vast geometric structures and hypnotic motifs, became emblematic of the company’s identity. She created vast ensemble works such as Toccata in 1993 on music by J.S. Bach and Verklärte Nacht in 1995 on music by Schönberg), then ventured towards theatre and text in I said I in 1999 and In Real Time in 2000 and intensified the role of improvisation in her work through the use of Indian music and jazz in (But If a Look Should) April Me (2002) and Bitches Bres / Tacoma Narrows (2003). Anne Teresa de Keersmaeker also directed several operas at La Monnaie, notably the 2004 production of Toshio Hosokawa’s Hanjo.

In 2008, the production The Song, constructed more around silence and space than music, marked a certain change of direction in her work. The diptych En attendant and Cesena on the other hand, a work performed at the 2010 and 2011 Avignon Festival in the Cloître des Célestins, plays with light and time. In 2013, she returned to the music of J.S. Bach in Partita 2 (a duo danced with Boris Charmatz) and explored 20th century music in Vortex Temporum on Gérard Grisey’s 1996 work by the same name and Golden Hours (As you like it) in 2015 on the album Another Green World by Brian Eno (1975). She also pursued her exploration of the links between text and movement in Die Weise von Liebe und Tod des Cornets Christoph Rilke (2015), a work based on the eponymous text by Rainer Maria Rilke.

In 2011, for the first time, a work by Anne Teresa De Keersmaeker was performed by a company other than her own when Rain was introduced to the Paris Opera Ballet repertoire. This was followed in 2015 by Quartet no. 4, Die Grosse Fugue and Verklärte Nacht in a Bartók/Beethoven/ Schönberg programme. Anne Teresa de Keersmacker has renewed her links with the Paris Opera for the 2016-17 Season, this time as stage director of the new production of Così fan tutte. 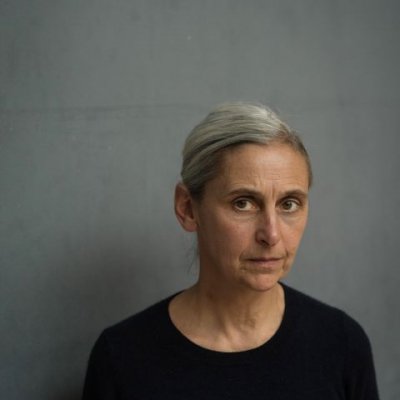