As common as it is for musicians and artists to experiment with new styles and genres of music, the results of Tom Higham and Ben Fletcher doing just that are far from common. The Lake District based duo made the jump from being in separate heavy metal and grunge bands to producing a drastically different melodic and ambient electronica that’s landed them on Radio 1’s In New Music We Trust playlist.

With Huw Stevens and Lily Allen amongst swathes of industry people vocal in their support for the pair, it seems the idea for the two neighbours to collaborate and explore new soundscapes was a fantastic one. The genre-crossing pair aren’t too sure themselves what to coin their sound as, but say “A few words have been thrown around to describe our sound, but we’re happy to settle on a sort of soft, melodic electro.”

Musical background aside, Tom & Ben’s Lake District homeland may go some way to explain the nature of Aquilo’s music, the tranquil surroundings of Silverdale providing an idyllic natural influence. Tracks ‘I Don’t Want To See You’ and ‘You There’ from Aquilo’s eponymous debut EP have garnered a lot of attention for minimal yet powerful production, subsequently leading to the duo being compared with artists such as The XX and London Grammar.

The dreamy, emotive ‘You There’ has also captured the imagination of film-makers with it being featured in Guantanamo Bay drama ‘Camp X-Ray’, which stars Kristen Stewart, much to the boys surprise. “It felt slightly surreal [learning that] a song we’d written and produced in Tom’s basement had been used for such a high-end film,” explains Ben, the younger of the two.

Their EP ‘Human’ is highly acclaimed with single ‘I Gave It All’ described as “a slow-burning piece of piano-led pop, (that) particularly evokes the beauty of their homeland” by Hayden East of The Telegraph. Its moving vocals and swirling ambient pads proving a real knack for creating epic-sounding records.

With their own personal influences of heavy metal and grunge from their testosterone-fuelled band days, it’s both surprising and refreshing to hear that the duo cite influences of such a wide variety including 1970s jazz-rock band Steely Dan and 1980s pop duo Hall & Oates. Perhaps more understandable is the influence of electro-minimalists Mount Kimbie, a lot more evident in Aquilo’s work thus far (we’re not expecting a Hall & Oates-esque 80’s cheese-pop performance anytime soon).

Aquilo are unique and captivating, a sure-fire combination for success in this industry. At such tender ages, the Lancashire boys’ distinct confidence in their approach to song writing, coupled with their goose-bump inducing live performances makes them an exciting prospect.

A&R Manager Nick Shymansky says, “What makes Aquilo exciting and refreshing is how they possess a cinematic, poetic depth which can only come from growing up in a rural scenic setting yet due to broadband they have the progression and urgency which normally comes from a metropolis.” 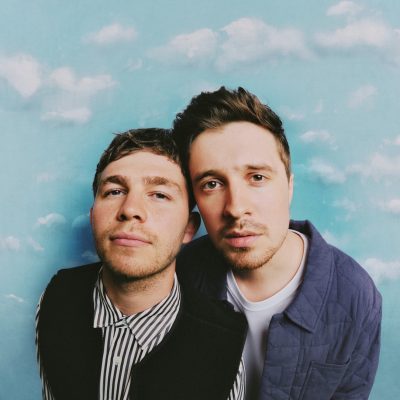