Eclecticism, Evolution, Education: three intertwining principles that form the foundation of the career of B.Traits. A journey that has seen her relocate from British Columbia, Canada to London, England; cement her reputation as a trusted selector at countless leading music events; start ‘In Toto’, her record label; become an established and respected radio broadcaster for BBC Radio 1 through which she vehemently championed cutting edge underground electronic music for 6 years and become an advocate for drug education and nightlife preservation within her adopted home. Underpinning all these achievements is B’s passion for sounds from across the musical spectrum, and her now well documented rampant eclecticism.

A significant next step in her continuous path to being one of the most distinguished artists in her field is her own record label: In Toto. A desire for complete artistic freedom and a boundless musical direction lie at the heart of B’s decision to start her own imprint, which sees releases ranging from house to techno to electro, and everything in between. Of her label, B.Traits has said: “It is a vehicle for me to put out my own and other artists’ music on both vinyl and digital format. Music that I make, music that I love and music that I wish to share with you.”

B.Traits utilizes her influential position to full effect by tackling pressing issues like the need for widely accessible drug safety information, as well as fighting passionately for a rich and progressive club scene in the UK. Her latest project, an event series titled Paciphonic, explores a combination of ambient and minimalist music, sound and frequency activations, and group meditation. She aims to effectively bridge the gap between what she does musically already as a selector, producer, curator, and presenter, and combine it with her knowledge and practice in self-development and life balance. Through Paciphonic, she hopes to build an inclusive community, to collectively enhance and improve our well-being.

Expect the unexpected where B.Traits is concerned – but if there’s something you can predict, it’s that whatever comes next will be dedicated and unique. 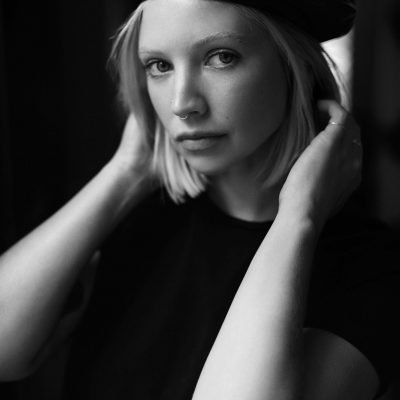