Barış Güney is a virtuoso bağlama player from turkey. After graduating from Istanbul Technical University State Conservatory of Turkish Music, he released his debut albüm in 2003. He worked with world-renowned bağlama masters Arif Sağ and Erdal Erzincan on the various albums and concerts. Between 2004-2008, he worked with the band “Kardeş Türküler” that performs multicultural folk songs.

Güney participated as the composer and the arranger in Kardeş Türküler’s Grammy nominatd albüm “Çocuk Haklı”. He performed in concerts with BBC Wolrd Music awarded musician Arto Tunçboyacıyan in the USA in 2006. He released second solo album “Düşlere Yolculuk” in 2009. In 2015, Güney founded his own label “Red Music” and released his third solo album “Farımaz” in same year. He performed in various venues and festivals, with his trio including Le Guess Who? Festival and Bimhuis Amsterdam. 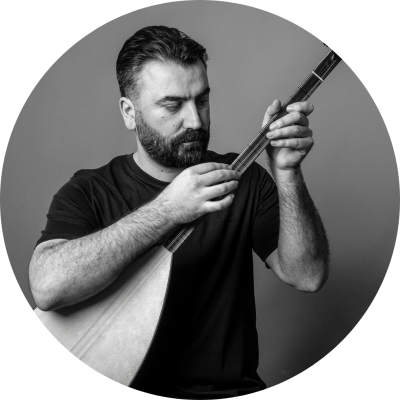