Early recordings include the Tras and EP C EPs, which were both released in June 2004 on Cold Sweat and Monitor, respectively. The B EP followed on Dim Mak in September 2004. The Atlas EP followed in early 2007, succeeded by the band’s proper full-length debut, Mirrored, in May 2007. In 2010, Braxton announced he was leaving the band to pursue his own solo career while the rest of the group set to work as a trio on a new record. The following year, Battles released their second full-length album, Gloss Drop, which featured collaborations with Gary Numan, Blonde Redhead’s Kazu Makino, and Matias Aguayo. A remix album, Dross Glop, appeared in 2012. Battles began work on new music early in 2014, this time opting for a completely instrumental approach. The results were 2015’s La Di Da Di, described by the band as a “mushrooming monolith of repetition.” 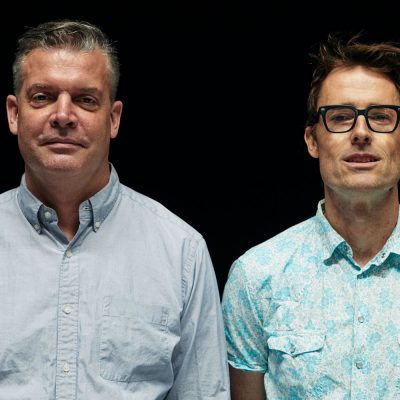