New Zealand’s Baynk is an electronic producer whose infectious tropical house and future bass tracks mix live instrumentation with atmospheric synths. In the four years following his 2015 viral emergence online, he issued a pair of EPs, Someone’s EP I and II.

Born Jock Nowell-Usticke in New Zealand in 1996, Baynk initially started taking piano lessons at age five. Around age 12, he switched to saxophone and also played guitar throughout high school. Later, while studying chemical engineering at college, he played in a cover band and developed an interest in recording his own material. He downloaded some music production software and taught himself how to use it, writing songs that mixed live instruments, including his saxophone, with electronic beats and synth sounds.

In 2015, he posted several of his tracks online. One song, “Sundae,” went viral and helped build interest in Baynk‘s music. He caught the attention of promoter Mark Kneebone, who booked him for an appearance at St. Jerome’s Laneway Festival. He was a hit and has since continued to tour and play live.

More songs followed, including “About Me” and “Could You” in 2016. A year later, he released the Someone’s EP I. Someone’s EP II followed in 2019 and included the tracks “Settle” featuring singer Sinead Harnett and “Go with You.” Baynk‘s third EP, A Study in Movement, arrived in 2020 and included guest appearances from Tei Shi and Mood Talk. 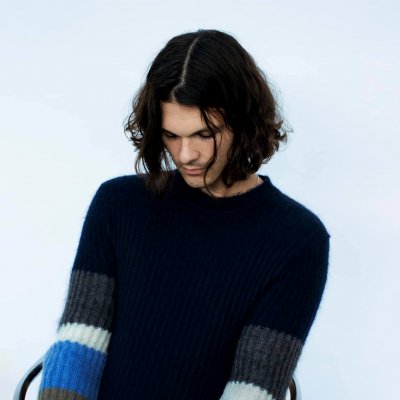