Bona Sforsa was a 16th century Polish queen of Italian origin. So much for a little history lesson. Jump a few centuries forward and you’ll find Bonasforsa in the studio on the 6th floor of a block of flats in East London. It’s the new moniker of Italian-Polish producer duo Rico Casazza and Krzysztof Kozber.

Both of them have a long string of releases under their belts on their own, but this new project of theirs doesn’t want to follow up on them, but rather be the beginning of something new. Although house and techno is the name of the game for their solo releases, this new venture is focused on a different side of electronic dance music. They have moved on from clubs to living rooms, loops have been replaced with live instrumentation, thumping 4/4 beats made their way for subtle breakbeats. 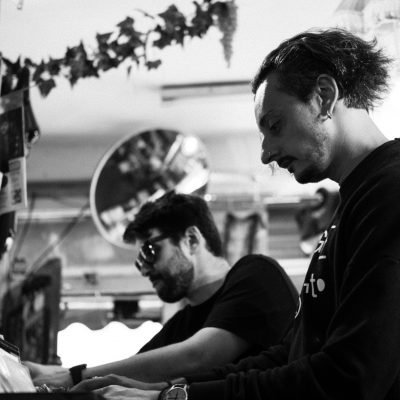