Byron Wallen is ‘one of the most innovative, exciting and original trumpet players alive’ (Jazzwise Magazine). Widely recognised as a seminal figure in world jazz, he is constantly travelling the world recording, teaching and performing.

Byron was raised in a musical environment and started learning the piano at an early age. He went on to study trumpet with Jimmy Owens, Donald Byrd and Jon Faddis in New York. His early music career was forged while he was studying for a degree in Psychology, Philosophy and Maths at Sussex University. During this period he recorded for Loose Ends and Cleveland Watkiss, and played trumpet with the likes of Mervyn Africa, The Style Council, Charles Earland, Courtney Pine and Jean Toussaint.

By the late 90s his work was receiving world-wide attention and his fluent trumpet, firmly rooted in the jazz tradition, could be heard performing with a myriad of artists including David Murray, Andrew Hill, Butch Morris, Billy Higgins, Hugh Masekela, Manu Dibango, Eddie Henderson, Wynton Marsalis, George Benson, William Orbit, Toumani Diabate, Ronnie Laws and Chaka Khan. One of the most versatile and dynamic voices on the British jazz scene, he has also performed with rap outfits such as The Roots, Digable Planets and Us3.

He has collaborated and recorded with Talvin Singh on the Mercury prize award-winning album OK for Island Records (2000); Craig David on the title track Slicker Than Your Average (2002); and Courtney Pine on the albums Back in the Day (2000) and Devotion (2003). 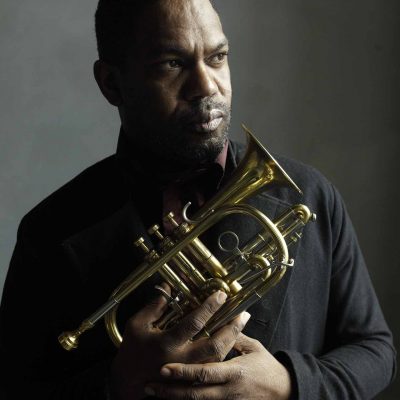