The group spent a year and a half playing privately, without a project name. Reiterating, deconstructing and re-building the same small handful of songs over and over again, the group slowly expanded their on-stage members before playing their debut show as caroline in 2018. caroline are currently working on their debut album. 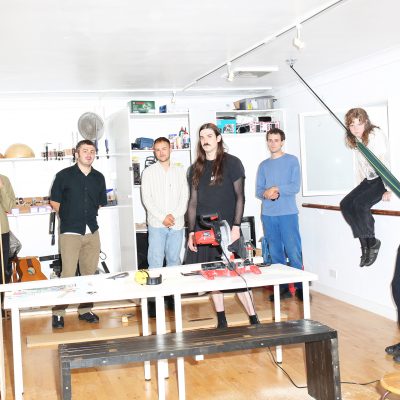