Chico Trujillo started as an offshoot of punk/Ska band LaFloripondio in 1999. Fifteen years and six albums later, the offshoot has come to symbolize a uniquely Chilean cocktail. One that is rooted in the cumbias of the pre-Pinochet days and manages to incorporate every aspect of Chile’s popular culture. They have meshed bits and pieces of Chile’s fragmented past with the global influence of alternative culture and merged it all under the pan-latin banner of Cumbia. 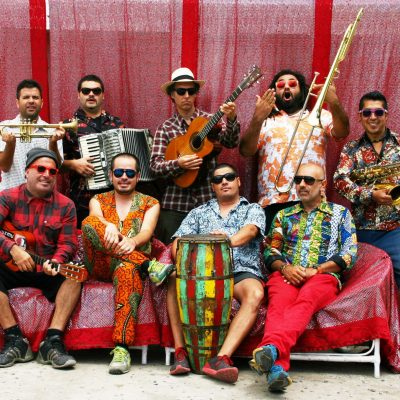