Chidera Eggerue (she/her) aka The Slumflower is the best-selling author of What A Time To Be Alone (Hardie Grant 2018) which has sold over 50,000 copies to date. The book is an empowering call to arms for women everywhere to claim back themselves and focus on the benefits of singledom.Chidera is featured in Sunday Time’s 2019 Top 100 Influencers list, Buzzfeed’s ‘Top 30 Black Girls to follow on Instagram’ and the Dazed 100 list. In 2018 Chidera was awarded Cosmopolitan’s ‘Changemaker of the Year’ award.

March 2018 saw Chidera host a BBC Newsbeat documentary about hair loss in young people, which raised awareness of traction alopecia (from which she suffers) and in June of the same year Chidera gave her inaugural TEDx talk, exploring the fear of being alone.

2018 was also the year that Chidera created #SAGGYBOOBSMATTER movement which quickly became a trending hashtag and led to Chidera’s appearance on ITV’s This Morning driving a new conversation regarding the way we view women’s bodies. Chidera recently fronted a national campaign for Adidas appearing across billboards and digital advertising and also spoke alongside actress Kate Winslet as part of the National Literacy Trust’s global campaign to educate disadvantaged women around the globe. 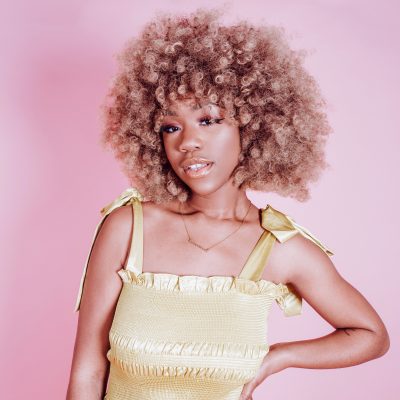