Christopher Lamour Ellis was born the youngest male progeny to “The Godfather of Jamaican Rocksteady”, the late ALTON ELLIS.  Talented in his own right, the soulful Roots Reggae, R&B crooner has been astounding audiences with his incredibly natural, smooth vocal stylings since the age of 11.

Born on March 12, 1982 in London , England , Ellis frequently performed with his father on world tours around the world including in the territories of Jamaica, New York City, Italy, Germany, London, Spain and Canada, to name but a few. At a young age, Christopher became aware of the importance of his father’s legacy, the significance of what he meant to Jamaica and the influence his father had on the development of the reggae and dancehall genre.

“I feel privileged to have this great man as my father, to be involved with and learn from such a great man is completely an honour for me.”

On October 11, 2008, ALTON ELLIS sadly passed away in London, England. Six days earlier, the reggae legend handed his musical torch to his son Christopher, saying, “you need to take this up.” That statement set off a fire deep inside and 24 hours after Christopher painfully witnessed the passing of his father, he went into a studio in London and recorded a tribute song to his father. This recording would later be released on the 2009 ‘Old School Young Blood’ reggae dancehall compilation through the U.K. based Peckings Records. Dancehall artist Lincoln Barrington Minott, a.k.a. Sugar Minott, paid tribute to his memory at the funeral and after the service invited Christopher to record music with him at his studio. Christopher went to Minott’s studio every day for six months “What transpired in Sugar Minott’s studio over that period of time was sensational and healing; a building block of inspiration which acted as a catalyst for my debut album.”

During this time in Jamaica, Ellis also took the opportunity to perform a few shows including the 2008 Waterfront New Year’s Eve show , Rebel Salute 2009 and the November 2009 Stars R Us Vintage Stage show which was a celebration of Alton Ellis’s life and career. His musical inspirations also continued as he absorbed the organic surroundings of Jamaica. Through his childhood friend Rohan ‘Koolie’ Smith he was introduced to Stephen Marley. Two days later, Stephen invited Christopher to join him at King Jammy’s studio in Jamaica. The studio session resulted in Marley recording Christopher Ellis’ first single entitled, ‘End of Time’, inspired by Alton Ellis’ rendition of ‘You Made Me So Happy’.

In addition to working on his debut album, Christopher performed shows across Europe including the territories of Italy, Sweden and England.  In the early summer of 2010, Ellis joined Stephen Marley on stage in Negril, Jamaica to sing his upcoming single ‘End of Time’, and has continued to be a regular on the scene in his hometown of London, England.

While the legacy of reggae legend ALTON ELLIS has been passed on to his son Christopher, the youngest Ellis proves that his mellow, R&B influenced vocals and soulful , thought provoking lyrics will continue to help pave his own musical path. With the guidance from Bob Marley’s son STEPHEN MARLEY, this burgeoning solo artist is on a mission to reinvent music and make his own legendary mark. 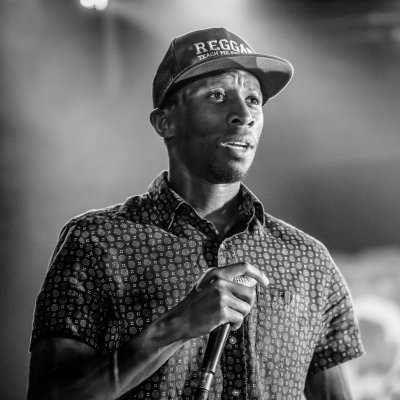