Cktrl has a tune for every occasion: as content making beats by himself at home in Lewisham as he is amongst this generation’s fashion and cultural vanguards. Music has been a part of his life for as long as he can remember: from clarinet lessons throughout his school life to fond memories from his NTS days, to his highly regarded masterpiece Robyn which has led to props from; Vogue, Dazed, and I.D. Though he uses ancient computing systems -all his production software is housed within a now-vintage Windows XP computer from his secondary school, his sound is far from it. With a catalogue straddling everything from freestyle contemporary-classic duets to electronic R&B to dark, moody instrumentals, his approach to creation is decidedly renaissance. In fact,where sonic descriptions might fail to encompass the breadth of cktrl’s scope, three words surface when he unpacks his musical aims: freedom, range and feeling. Moulded by a unique blend of his West Indian heritage, years of classical training in both the clarinet and saxophone, his distinctly South London manner working in conjunction with his truly global network of creatives and friends, Bradley strives to do what hasn’t been done before.

On Songs4girls collaborating with emerging black female vocalists, in an attempt to platform incredible overlooked talent alongside creating something objectively novel, he lists passionately “Summer Walker, Jhene Aiko, Aaliyah, Brandy, all of these artists, there was no them before they came out. Their songs don’t sound like other people’s songs.” And as a producer, resisting the pressure to rehash old, established territory, in favor of a fresh perspective is still elemental to him:

“No one has ever blown up from making a better version of someone else’s sound.”

Acquiring his practical musical knowledge from a city learning center studio at his school, with instruments and lessons funded by the council -“my clarinet fully belongs to the Borough of Lewisham” -Bradley is a proud product of his environment. And now having worked with the likes of Virgil Abloh, Bianca Saunders, Tremaine Emory, Nicholas Daley, Mercedes Benz, Jenn Nkiru and most recently featuring in Beyonce’s ‘Black Is King’, Miller is firmly embedded within the black cultural renaissance emerging herein Britains with his creations soundtracking everything from fashion films to commercials.But make no mistake, he’s been at this for a while now. “There’s about 600 tracks on private on my Soundcloud right now,” he admits. When asked what the hold up has been in releasing more tunes into the world, his response is patient and unburdened: “I don’t think it was meant to. Which is crazy to me because I never would have said that three years ago.” And with his experience, craft and ambition, his return to music is bound to be worth the wait. 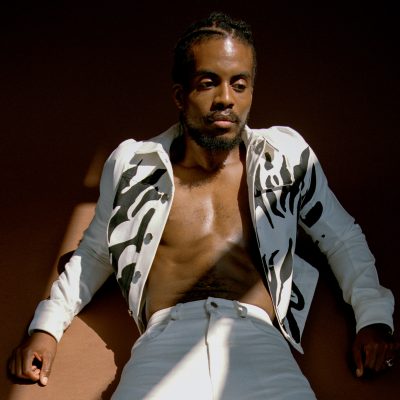