Originally formed as a duo in 2010, Deafheaven, now a quintet, is a restless and experimental metal band from San Francisco. The band has a sound that blends black metal with elements of shoegaze, adding a layer of warmth to the genre’s typically icy sound while expanding the emotional range outside of the typical themes of death, despair, and hopelessness. As a duo, Clarke and McCoy wrote and recorded a demo on their own that would get the attention of Converge frontman Jacob Bannon’s label, Deathwish Inc., which released the untitled EP in 2010. The pair expanded the lineup to include guitarist Nick Bassett, bassist Derek Prine, and drummer Daniel Tracy to join them in the studio for the recording process. The result was their sophomore effort, ‘Sunbather’, which was released to critical acclaim in the summer of 2013. Recruiting new bassist Stephen Clark and guitarist Shiv Mehra, Deafheaven toured across the globe extensively as a quintet, including gigs with Between the Buried and Me, Pallbearer, No Joy, and many others. In 2015, Deafheaven signed to Anti- for the release of their highly anticipated third album, New Bermuda. Produced by frequent collaborator Jack Shirley, it arrived in early October. The set reached number 16 on the Top Rock Albums charts, and was supported by lengthy international tours. Its critical and commercial success brought it to the ears of listeners not normally enamored of heavy metal.

In late 2017, Deafheaven de-camped to 25th St. Recording in Oakland with Shirley again listed as producer. By their own admission, they expanded their heavy, kinetic sound by adding psychedelia-inspired vocals, jazzy percussion, and intricate organic piano melodies to juxtapose against their trademark black metal-inspired and post-hardcore trademark sonics. Ordinary Corrupt Human Love took its title from Graham Greene‘s novel The End of the Affair, reflecting a theme of yearning romanticism. The set’s first single and video, “Honeycomb,” was issued in April of 2018, and clocked in at nearly 12 minutes. While the video images showed glimpses of Deafheaven in the studio and wandering around San Francisco, the song’s lyrics actually referenced the work of Argentine novelist Julio Cortázar. The full-length was released in May. The singer/songwriter Chelsea Wolfe guested on the track “Near.”

In 2020, the band planned a ten-year anniversary tour that had to be postponed due to the COVID-19 pandemic. To celebrate the occasion anyway, Deafheaven released 10 Years Gone (Sargent House) in December, a live-in-studio recording of their planned touring set. In addition to revitalizing long-established crowd favorites such as “Vertigo” and “Kettle,” they also included a recording of “Daedalus,” the first song the band ever wrote together. Taking another giant leap forward their latest release infinite Granite is their least metal influenced record to date. With production from Justin Meldal-Johnsen, known for his stellar work with M83, Wolf Alice, Paramore, Metric, among others, Deafheaven embarks on a new chapter of defiant beauty. 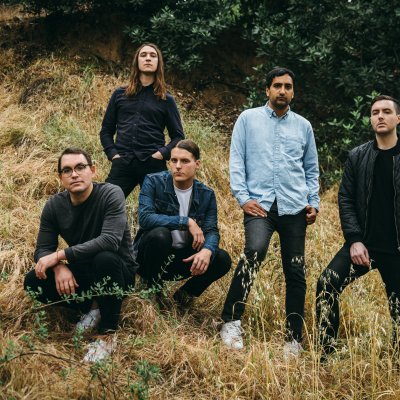