Andy Smith was the first DJ to release a multi-genre mix album on a major label. His seminal mix-CD The Document hit the streets back in 1998 and became the soundtrack for a generation who’d heard Coldcut’s Journeys By DJs but needed to hear more – The Document filled the void. It segued tracks from artists such as Tom Jones (way before Reload, top ten hit Stoned in Love and The Voice (BBC)); Peggy Lee (sample source for Beastie Boys single Ch-Check It Out); The Jungle Brothers and even The Spencer Davis Group. This was new to music lovers but for Smith, a mixed bag of treasures has always been at the centre of his sets. This appreciation of different genres made Smith the ideal person to provide samples for Portishead’s first two albums.

He went on to make his name as their international tour DJ – reflecting their respect for both digging and hip-hop scratch DJ-ing. Hip-hop elements formed the basis of Portishead’s unique sound. Andy was included in the Top 20 Greatest DJs of all time by Music Radar. Having released many DJ mix CDs since the Document including parts 2 & 3 of that series, ‘The Trojan Document’, ‘The Greensleeves Document’, Andy Smiths Northern Soul, Andy Smiths Jam Up Twist, Andy Smiths Freestyle Mix’ & Andy Smith Diggin’ In The BGP Vaults’ amongst others. His latest release is the ‘Reach UP – Disco Wonderland’ album that came out on BBE records in Nov 2017 Production Since the Portishead tours he has established himself as an underground producer, working with Scott Hendy (Boca 45) under the name Dynamo Productions. Their album Analogue, which notched up a top-ranking five out of five in Mojo magazine, featured San Diego-based MC Profile from the much respected Sound Providers Crew. He has also provided samples for Prodigy hits and Lack of Afro. 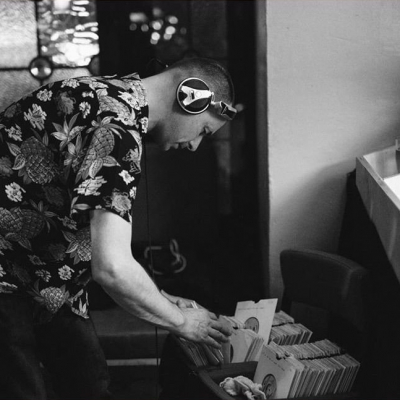