Dom has been filling dance floors since the early 1990s with his beautifully blended, open minded mix of music steeped in soul, jazz and funk. From the early days of his Brighton residency with DJ Snowboy, his infamous late 90s Mouseorgan club events, to a decade and a half DJing under the Wah Wah 45s banner, Dom has become something of a clubbing institution.

Also a successful radio DJ and music journalist, Dom’s sets are best extended and forward thinking, taking in hip hop, Latin, electronica, house, jungle, disco, jazz and everything in between. The last couple of decades have seen Dom DJ as far afield as Canada, Japan and much of Eastern Europe, as well as being a festival favourite whilst still making time to play his London residences, such as his hugely popular monthly sessions at The Big Chill Bar and various Wah Wah events. 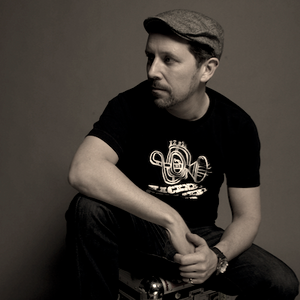