Irish comedian Dylan Moran was born in Navan, County Meath in 1971. Leaving school without any qualifications at age 16, Moran quickly became attracted to stand-up comedy and debuted, in 1992, at a comedy club in Dublin, The Comedy Cellar. A year later, he won the Channel Four comedy newcomer’s “So You Think You’re Funny” award at the Edinburgh Festival, and began developing his comedy routines into a one-man show, Gurgling for Money, for which he won the prestigious Perrier Comedy Award in 1996, and which he subsequently took to a nationwide tour of the UK. His exposure at the Edinburgh Festival also led to him getting programmed at international stand-up comedy festivals, worldwide.

Subsequently, Moran took to writing and performing for British television. He has starred in the BBC sitcom, How Do You Want Me? (1998), and – more importantly – in 2000, he was commissioned by Channel Four for the sitcom, Black Books (2000). He wrote and starred in three 6-episode series of this comedy. Co-starring popular British stand-up comedian Bill Bailey, who was nominated for the Perrier Award the year Moran won, Black Books (2000) sees Moran play a character close to his stand-up comedy persona: an unsociable misanthrope, reminiscent of the John Cleese sitcom character, “Basil Fawlty”, that shares a great love of wine with one of razor-sharp put-downs of all things human. Also, his character Bernard Black’s often surreal views on everyday things and on human behavior is close to his stand-up persona’s dealing with them.

In the late 1990’s, Moran also moved from doing stand-up to working on a film acting CV. He played opposite Julia Roberts and Hugh Grant in Notting Hill (1999), co-starred with Michael Caine in The Actors (2003) and had parts in the Simon Pegg comedy, Shaun Of The Dead (2004) and the Michael Winterbottom film, A Cock and Bull Story (2005). 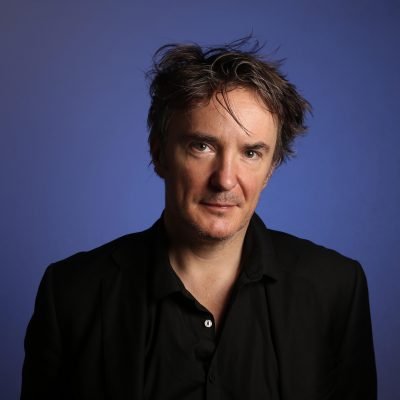