Stand-up comedian Ed Gamble is a regular on Mock the Week (BBC2) and is becoming an increasingly familiar face on television in shows including Live At The Apollo (BBC Two), 8 out of 10 Cats (Channel 4) and Roast Battle (Comedy Central). He is also the co-presenter or Radio X’s Sunday morning show with Matt Crosby, and co-hosts the smash-hit podcast Off Menu with James Acaster.

Ed has made stand-up appearances on The Royal Variety Performance (ITV), The Russell Howard Hour (Sky One), headlining Live at the Comedy Store (Comedy Central), and on the US TV show Conan (TBS). In 2019, he recorded his first stand-up special, which is due for release in the summer.

Ed has recently been announced as a contestant on the award-winning television show Taskmaster (Dave), and his other television credits include The Apprentice: You’re Fired (BBC Two), Richard Osman’s House of Games (BBC Two), Jon Richardson’s Ultimate Warrior (Dave), and Hypothetical (Dave).

As an actor, Ed played the lead role of Georgie Carlton in Netflix’s Almost Royal, a ‘cult US hit’ (The Independent), and has co-written and appeared in four series of Greg Davies’s Man Down (Channel 4).

On stage, Ed’s latest show Blizzard, which sold out its entire run at the Edinburgh Fringe Festival in 2018 including several extra shows, has been extended until the end of 2019 and will culminate with a show at the Shepherd’s Bush Empire. This is his largest nationwide tour to date following the success of his last tour, Mammoth, in 2017. 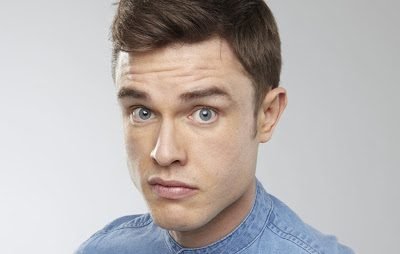