Eniola Aluko (born 21 February 1987) is an English footballer who plays as a forward for Serie A club Juventus. Since 2014 she has also provided television commentary on football, including men’s and women’s World Cups.

Aluko previously played for Birmingham City, Charlton Athletic, and Chelsea in England’s FA Women’s Premier League. She played for Saint Louis Athletica, Atlanta Beat, and Sky Blue FC in the American Women’s Professional Soccer (WPS) from 2009–2011. After a short stint with Birmingham City in England’s new top-division league, FA WSL, she signed with Chelsea where she played from 2012 to 2018. 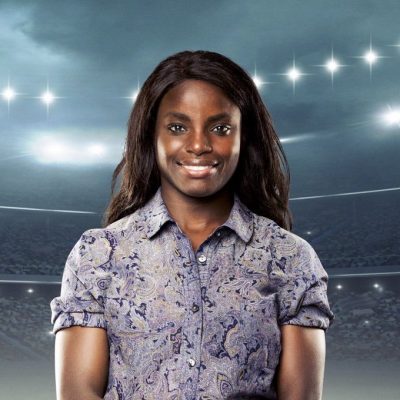