Founded in 2012, Fieri Consort is one of the UK’s most exciting vocal groups, offering a unique blend of technical precision and theatrical innovation.

Performing without a conductor, Fieri presents innovative and engaging programmes, and specialises in the rich and varied tradition of 16th and 17th century Italian repertoire. Performing a cappella, accompanied by early instruments, with guests and even with members of their audiences, Fieri’s interpretations are informed by the collective experience and knowledge of the group.

In 2017, Fieri Consort were awarded the Cambridge Prize at the York Early Music Festival. The Consort have released three albums to critical acclaim with their first disc – Tears of a Lover – being awarded ‘Choral Choice’ of the month by BBC Music Magazine. Fieri are looking forward to the release of a fourth recording – a collaboration with the Chelys consort of viols on the music of Michael East on the BIS label in December 2020. In 2019 Fieri performed at the Wigmore Hall as part of Dame Emma Kirkby’s 70th birthday celebrations.

2014, The Brighton Early Music Festival selected the Fieri Consort to participate in their prestigious Young Artist’s Programme, Bremf Live!, and in the same year, the group embarked on its first international tour to Australia, working with local singers and performing in Adelaide, Sydney and Brisbane. In 2017 they returned for a second tour and are planning a third trip for 2021. Fieri has featured on BBC Radio 3 several times, performing in their lunchtime concert series and live on ‘In Tune’ and ‘The Choir’. 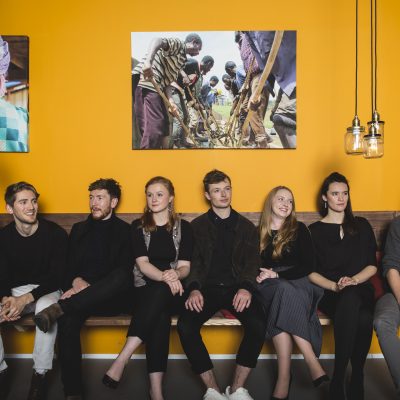