West London rapper Finn Foxell is one to watch in the UK rap scene.

Foxell cites his father, a songwriter, and his mother, a diverse consumer of music as the catalysts to his current musical endeavors. Inspired by his surroundings and seeking an emotional outlet Foxell first began penning lyrics at the tender age of eight.

Since, he has blossomed into a reputable artist who has garnered an impressive fanbase through a slew of hit releases over the years, including; Buddah, Ericsson, Bounce and last year’s Talk Is Cheap EP – which housed eight ambient tracks that explored the shared microcosm’s of this country’s youth. It’s safe to say that Foxell personifies the ‘life imitates art’ notion and captivates his audience through a truly refreshing approach that defies the norms of generic rap while simultaneously playing a part in pioneering an entire sonic movement alongside fellow Elevation Meditation members.

Continuing on from his last project, the rapper is gearing up for another. A seven-track EP called Alright Sunshine, each song will embody a distinctive pocket of sound he has explored since Good Tea’s release. The rapper is making sure “a lot more of my mind fits onto it.” Expect to hear introspective offerings and discover the depths of Foxell’s musical capabilities.

Citing legends such as Giggs, The Streets, and Anderson Paak as some of his biggest influences (as well as weed), Finn Foxell has been making a name for himself slowly but steadily both as a solo artist and as part of the collective Elevation Mediation. Having previously collaborated with p-rallel, Lord Apex, Flowzart, Lava La Rue, and others, it’s no wonder that Finn has been tipped as one of the hottest new British MCs to watch in 2020. 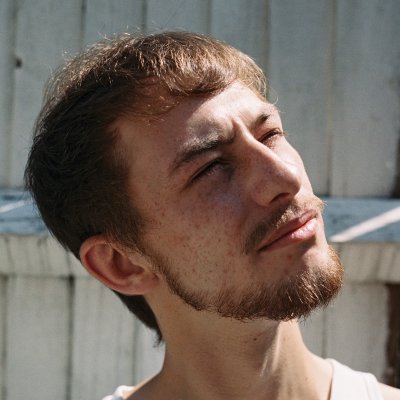