Dublin five-piece Fontaines D.C. have strong ties to their native city, which they translate into abrasive vocals, driving percussion, and a healthy dose of melody.

All five members of the band met while attending Dublin City Music College; Grain Chatten (vocals), Conor Deegan III (bass), Conor Curley (guitar), Carlos O’Connell (guitar), and Tom Coll (drums) attended the same class, and gravitated toward each other within the first few months. They had all previously been in other bands, but their chemistry together as musicians persuaded them to leave their former groups and unite under Fontaines. They named themselves after a character from The Godfather, but were soon legally challenged by a band from L.A. with the same name; as a result, they added D.C., which stood for Dublin City. They organized their first tour in 2017 after the release of their debut single, “Hurricane Laughter.” Doors soon began opening for them, and their live reputation began to grow. The following year saw three more singles, “Boys in the Better Land,” “Chequeless Reckless,” and “Too Real,” all of which were featured on the group’s debut album, 2019’s Dogrel.

The band began writing a follow-up just six months after the release of their debut, decamping to Los Angeles to record A Hero’s Death in 2020. It included the single “A Lucid Dream,” which displayed an underlying layer of sunny harmonies. That same song was later released in live form, taken from Fontaines D.C.’s album-release livestream performance in Dublin. Wasting no time, the group began writing their third album, 2022’s Skinty Fia, which sought to reconcile their move to London with the guilt associated with leaving Ireland. 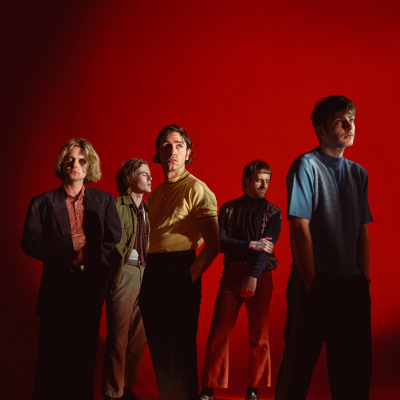