The norwegian masters of art rock, Gazpacho, have been around for over 20 years. The original core band of Jan-Henrik Ohme (vocals), Jon-Arne Vilbo (guitars) and Thomas Andersen (keyboards, programming, producer) started making music together in 1996 and the band has since expanded with Mikael Krømer (violin, co-producer), Robert R Johansen (drums) and Kristian Torp (bass).

Regularly described as being ‘the kings of atmospheric and affective rock’, the band delivered one highly acclaimed album after another. On each album the band continued to push the boundaries for creating the most complicated and strangest concepts for a record.

They never fail to provide awe-inspiring examinations of the human condition, and their latest
observation, Fireworker, is no exception. It is undoubtedly among their greatest achievements.
Reviewers described it as ‘one of the most profound pieces of music you’ll hear in 2020’. 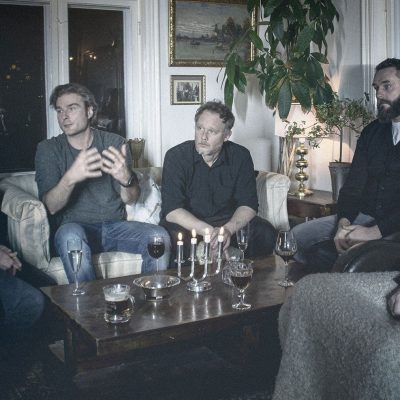