Gigi Lamayne has been creating a ripple of excitement throughout South Africa with her charismatic stage presence, versatility, and remarkably mature lyrical abilities. This multi-faceted artist has been described as a Rapper, Singer-Songwriter, and Poet.Her poetic skills were developed at the tender age of 11, having her first poem titled “Valentine’s Day” published at the Poetry Institute of Africa under the Anthology – Fairytale moon. Gigi Lamayne later developed her unique writing skills into rap by the age of 16, drawing inspiration from the likes of Jean Grae, Bob Marley, Brenda Fassie and Tupac Shakur.

Lamayne’s talent was stubbked upon at an exchange programme in the UK under the Richard Branson Scholarship programme at Stowe School Buckingham where her performance earned her the runner‐up position, as well as at The DCS showdown East District in 2011 where she scooped an award in the category: Best in Rap. The rapper and business woman can be recognized from her hit singles “1 Bar”, Ice Cream and Lobola as well as her high acclaimed collaboration with the third largest sportswear brand in the world – Puma. Gigi Lamayne uses her life experiences as inspiration to take to the entertainment stage to better resonate with her prodigious audience. Somewhat of a feminist, one will always find deeper meaning in her lyrics, which she hopes many will identify with.

The Ice Cream hit maker made an incredible switch when she released a surprise single titled Iphupho which debuted on Metro FM in 2018. Although hailed as one of the world’s most exciting female MCs, this multi-award winning artist succeeded in blowing fans away with her incredible smooth vocals. She later released Bozza ft. Kwesta which made waves on radio. In May 2019, Gigi Lamayne was officially labelled as the first female to put together and successfully execute a hip hop one- woman-show in the African continent where A crowd of close to 5000 people gathered at Elkah Stadium in Soweto, South Africa on the 4th of May 2019 in support of The Gigi Gang Show. Following the Gigi Gang Show, the incredibly unpredictable artist tapped into the Gqom nation by announcing the release of her new single titled FUFA ft. Malwedhe (Idibala) hit maker King Monada proving that she can switch between any genre.

Taking home 6 awards in the past three years, Gigi Lamayne, has religiously kept the Hip-Hop game interesting with her numerous free music downloads, surprise online music releases, chart-topping singles, visuals to accompany her music, and recently the first African one-woman-show. The quadruple talent has made a magnificent impact on the growth and development of the female MC scene in the African Continent. 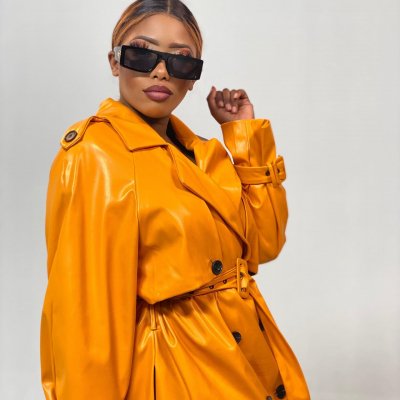