Best-known for his tenure in the hard-to-peg-down Welsh outfit Super Furry Animals, Gruff Rhys has a long history in British rock.

On 24 January 2005, Rhys released his first solo album, Yr Atal Genhedlaeth, on the Placid Casual label. It was a loose, sketchy, all-Welsh-language album, with most of the instruments played by Rhys. A tour of Wales and several festival appearances followed. After Super Furry Animals signed to Rough Trade, the new label agreed to take on his solo work as well, and on 8 January 2007 they released Candylion, a batch of acoustic pop songs in English, Spanish and Welsh, which Rhys wrote whilst touring Love Kraft but which didn’t fit with the direction of the new Super Furry Animals album. A third solo album by Rhys, Hotel Shampoo, was released on 14 February 2011. On 4 March 2011, it was announced that Rhys would be playing at Glastonbury 2011.

In May 2014, Rhys released his new work, American Interior, a combined project of an album, a film, a hardback book and an app for mobile devices. The film was co-directed by Dylan Goch, who also worked with Rhys on his previous film, Separado! (2010). 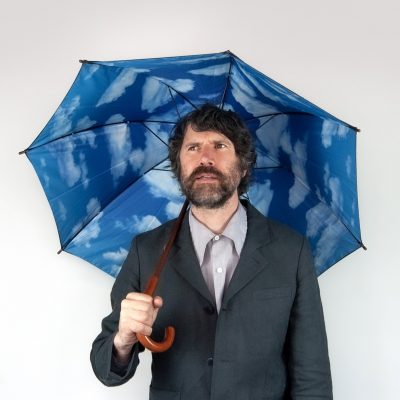